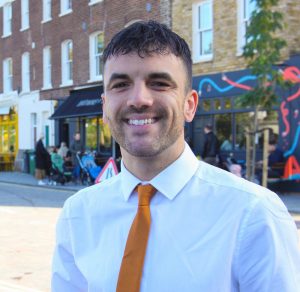 Bobby Dean is the Founder of Speak Change and created it out of a passion to help people trying to make a difference in the world.

After cutting his teeth in a fast-paced PR agency, he transferred to the charity sector where he worked on award-nominated campaigns with Restless Development and Youth Stop AIDS.

Since going it alone in 2017, he has worked on a wide range of projects across the world for a variety of causes, including:

Bobby works with a team of trusted communications professionals on a project by project basis and can build a team to suit his client’s needs.

In his own time, he keeps himself active with politics and football. He has been a Parliamentary Candidate twice and is founder and player for amateur football club AFC Oldsmiths.